As a lover of Fashion History, it’s in my blood to be inspired by designers of the past as well as the present. Earlier, I’ve written about a groundbreaking designer, Rei Kawabuko. This week is a tribute to one of the fairy godmothers of fashion Coco Chanel. Gabrielle Chanel was truly a timeless woman. What she stood for a century ago remains relevant today! As I always say, fashion is not just about clothes. It is expression, art, ideals, and philosophy. It shapes not just our bodies, but how we interact with the world. Here are four keys to live by that every creative lady can learn from Coco Chanel.

I’m sure you’ve heard of the saying “born with a silver spoon in their mouth.” People born into good circumstances do have an upper hand in life. But that doesn’t undermine the importance of hard work and dedication. Coco Chanel was born from an unmarried laundry woman. Her mother passed away when she was just 12. Her childhood was spent living a very frugal life in a covenant orphanage. However, this was where she learned to sew, which became invaluable in her career in fashion. Despite growing up in horrid conditions, she found success. However, her empire wasn’t built overnight. Karl Lagerfeld voices his respect for the young Chanel in this video. I found it very motivational.

Some doors close, some doors open

Did you know that Chanel’s career first started as an entertainer in a café? Needless to say, she discovered that a stage career wasn’t for her. But it was through entertaining that she met influential people who would help her later in life. She met Étienne Balsan, and through him, she met Arthur “Boy” Chapel. Chapel later financed her first boutique opening in 1913. I’m not suggesting for you to get a rich husband or a sugar daddy. Sometimes, a connection with a person can open a door we never thought possible. Or maybe a certain job didn’t work out for you, but you learned a new skill. I try to never look at failures as dead ends or locked doors. 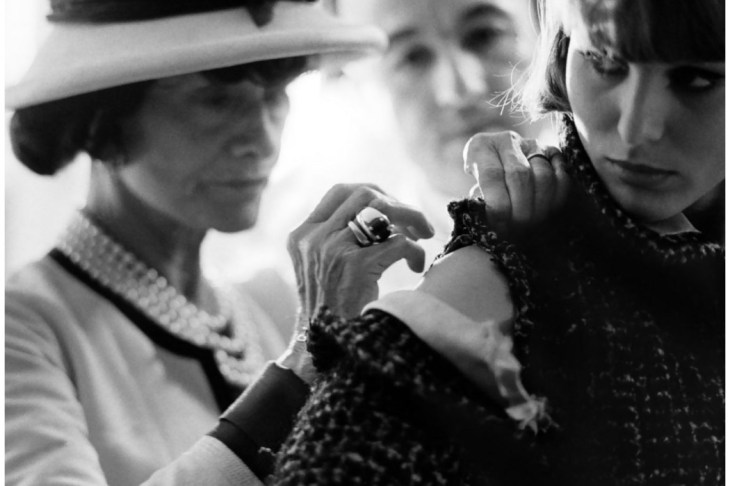 Believe it or not, towards the end of her career, Chanel’s collections were heavily mocked in France. She closed all shops before WWII, and revealed a new collection 15 years later. Again, it was rejected in France, but became popular in America. As an artist, it’s easy to become disheartened when somebody doesn’t like our work. It’s like we pour our souls into our projects and they mock us?? How dare they?? (Jks Jks) What we can learn here is that there will always be people who like what we create and people who don’t. It’s important not to sacrifice creativity for acceptance, because there are people out there who will genuinely appreciate us.

Live with no regrets

While watching a Chanel documentary, I came across a quote I’ll always remember. It went essentially like this: “I was a rebellious designer, a rebellious lover. Yes, I was a devil until the very end.” According to that documentary, she gave this quote in an interview towards the end of her life. It’s not a commonly known quote, but it stuck with me because I was seen as a trouble child growing up. This isn’t about living the #YOLO life. It’s about living in a way that there will be no regrets. For me, I have no regrets when I stay true to my beliefs and carve my own path. For Chanel, part of it was rebelling against the norms of her time. What is a life with no regrets to you?

Cross posted on my personal blog