As all of us are hunkering down to work/play at home during this pandemic, I have a feeling that the “play” part is getting serious attention….especially on the part of our streaming obsession. Our guest contributor, Yanfei Hu tells us what to watch for our fashion enthusiasts out there.

Each season, each brand would bring their new collections to the public. We usually see these beautiful pieces all over the social media, but if you want to know more about what is going on behind the scene and the concept and the idea of the designers, I would recommend the following three high-rated fashion documentaries.

The 7 Days before CHANEL Haute Couture fashion show About 45 mins /Playing on Netflix.com

7 Days Out is a behind-the-scenes look at the most iconic cultural events produced by Netflix. One of the episodes introduces what it takes to create and pull off the CHANEL Haute Couture Fashion Show.

“[CHANEL] was dead. But when I start a line, everything is completely new”.

This rhetoric suggests that he has created an unrivalled world in the decades when he was in charge of the brand, especially the Haute Couture show.

The film recorded the work of Haute Couture before the show, including costume design, model fitting, and site construction, each part is directed by a highly professional team.

After receiving the draft drawings from Karl, the artisans began crafting six weeks before the show. Six days before the countdown, the Grand Palais in Paris was transformed into aliving garden in response to the theme of high fashion design. When the models did the fitting, Karl would check the catwalk to make sure every detail is perfect. Every moment of the big show was recorded. Each procedure, step by step, was perfectly planned. Each step was a part of the story.

No doubt that CHANEL’s couture show is an overwhelming event and its impact extends far beyond the fashion industry.a

The essence of CHANEL Haute Couture just like what is said in the film, this special handmade way of crafting from France makes the clothes more than a product of life, it represents a rising spirit and a powerful dream.

McQueen’s career and inner world About 111 mins /  Playing on Netflix.com 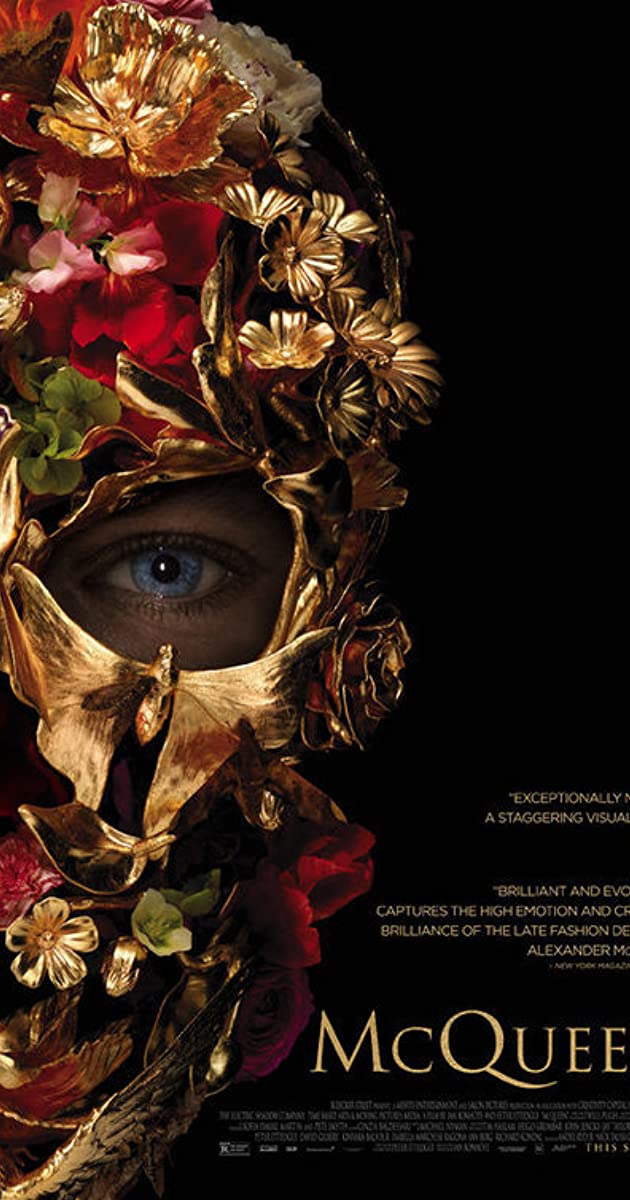 The documentary uses the format of videotape, recorded the interviews with McQueen’s family and friends, interspersed with the old interviews about the man himself. Rather than telling the story of his legendary career,

this film focuses more on McQueen and his inner world, so throughout the film, he is referred to by his family and friends as “Lee.”

The film is arranged in chronological order, dividing the important shows in his life into the theme of each chapter, and analyzing the psychological changes of McQueen in different periods by design.

The opening scene was McQueen’s graduation show, “Jack the Ripper Stalking His Victims,” which featured sensitive topics like violence and sex on the runway, and he was initially aggressive and powerful. Then he experienced a blockbuster, joining Givenchy, liposuction, became paranoid after he did the drug, and so on, the life went up and down. Finally, when he came to the end of his life, he still desired to create the ultimate beauty.

The film talks a lot about the story of the two women who influenced him the most, his mother and his close friend, Isabella Blow. When he lost his loved one, he was extremely vulnerable and then committed suicide.

He had dozens of feelings and talents than others, with his great personality. The film ends by saying that McQueen isn’t often the case. This always leads us to imagine an alternative outcome. After reading it, I hope you remember Lee’s every masterpiece and also remember that he is Pisces, he loves the sea. 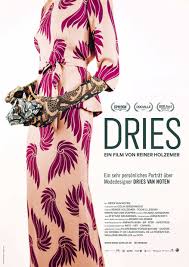 The director dived into Dries Van Noten’s 365 days, from his large garden, the creative clash studio to the backstage scenes, to reveal his worldly life.

Known for Dreis’ signature embroidery and prints, the director visited his studio in Antwerp to document how he matched fabrics and developed patterns.

The director also noted that Dreis worked with Indian manufacturers so he followed to film in India with Dries.

The embroidery on the clothes is handmade by Indian workers and attached with their characteristics, which is also why the embroidery of the brand can impress people.

Second, Dries showcases a lot of embroidery work each season because he wants to give the workers some job opportunities.

Dries’ life was also interspersed through the film, and one of the biggest highlights was the unveiling of his large garden. Dense green plants wrapped in dense flowers. He and his boyfriend would pick the flowers themselves and take them home decorated with elaborate decorations.

Dries’ gentle and calm nature, which stems from his love of life, is closely tied to his designs.

The film also shows Dries’sview of fashion, which he believes fashion should be classic that can be worn no matter how long it takes.

Too few people these days have ever kept their designs pure. As Iris Apfel notes at the end, the man who never stopped creating beauty, like Dries, is gone, and Dries deserves to go down in history. But there is a commercial balance to the film, and it may be that this film is as much about selling himself as it is about reaching out to outsiders, but in a way that is culturally informed.

The above three are the fashion documentaries that I have watched recently which deserve to be recommended. What do you recommend?